Create an Account - Increase your productivity, customize your experience, and engage in information you care about.

In 2015, the City entered into a 25-year power purchase agreement with SunEdison to purchase up to 5,500 MW-hrs per year at a cost indexed at $0.01/kW-hr less than the Xcel Energy rate – with an anticipated energy cost savings of $70,000+ per year.

Currently, the City is subscribed to four separate solar gardens, located in Carver and Dakota Counties. The first to go into service in 2018 was the 5 MW Nesvold 1-5 solar gardens, Watertown Township, MN. The City of Hopkins subscribes to 25.8% of Nesvold garden’s power production. The total energy purchased by the City from the solar gardens equals just over 3,033,000 kWhrs per year. This equates to about 56% of the City’s annual energy demand.

The City completed a facility solar project in 2020. There is a solar array on the Public Works building, the Hopkins Pavilion and the Fire Station. A summary of the expected energy produced is shown below: 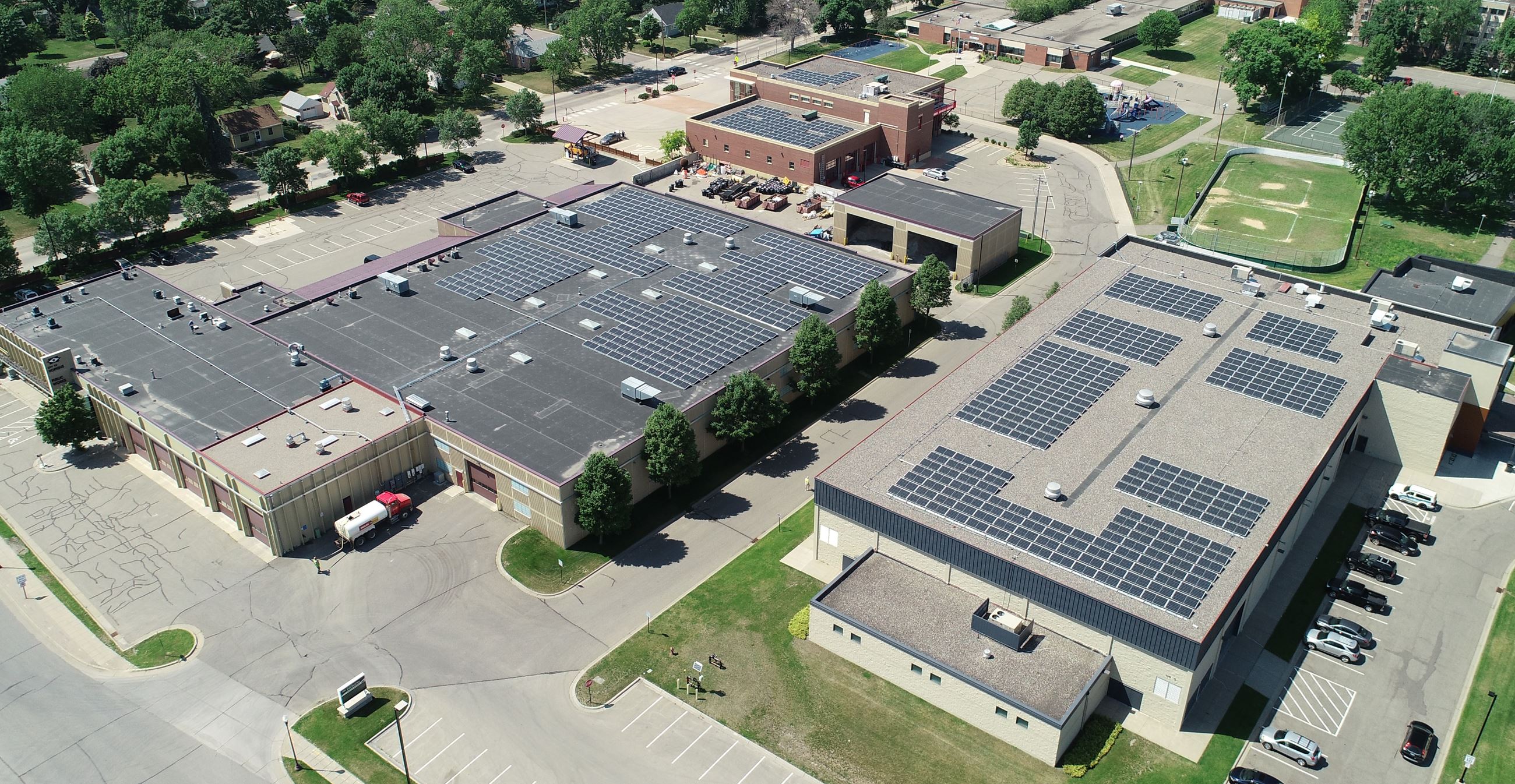